Pokémon 3: The Movie - Spell of the Unown (Japanese: 結晶塔の帝王 ＥＮＴＥＩ Emperor of the Crystal Tower: Entei; officially Lord of the "Unknown" Tower in Japan) is the 3rd Pokémon movie, and 3rd of all Pokémon movies. It debuted in Japanese theaters on July 8, 2000. It then made its way to North American theaters on April 6, 2001.
Spell of the Unown was shown with the Pikachu Short movie Pikachu & Pichu. 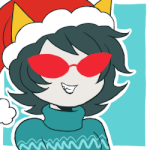